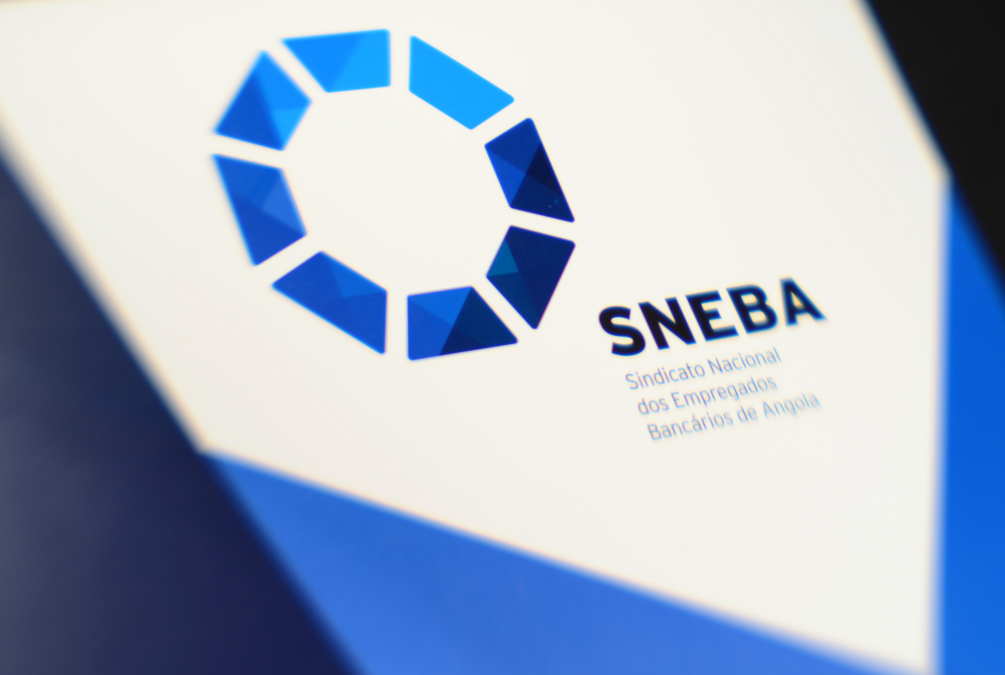 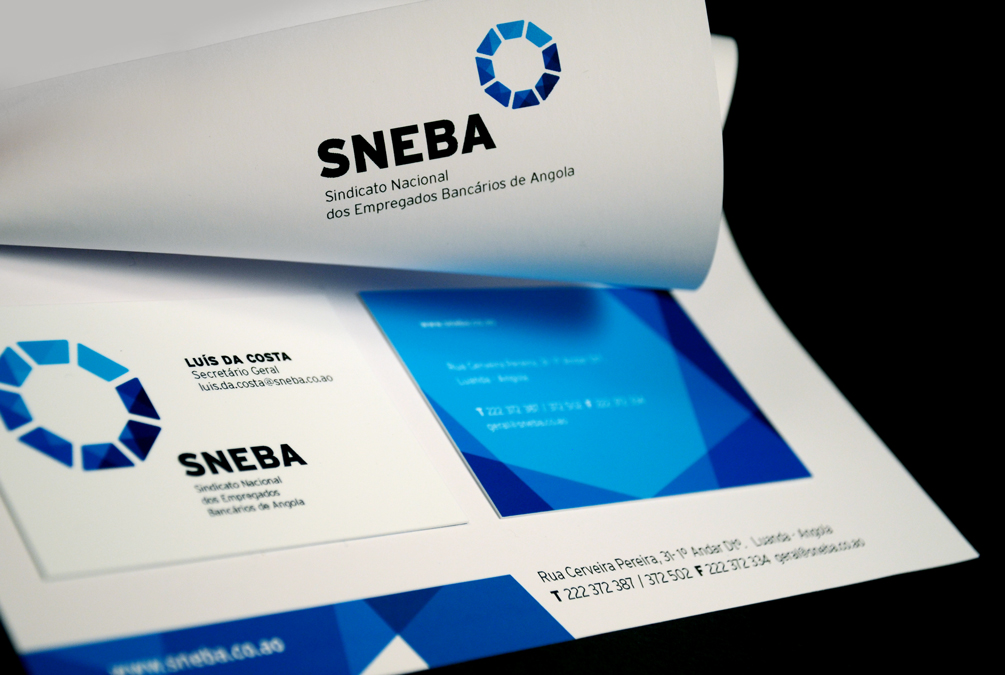 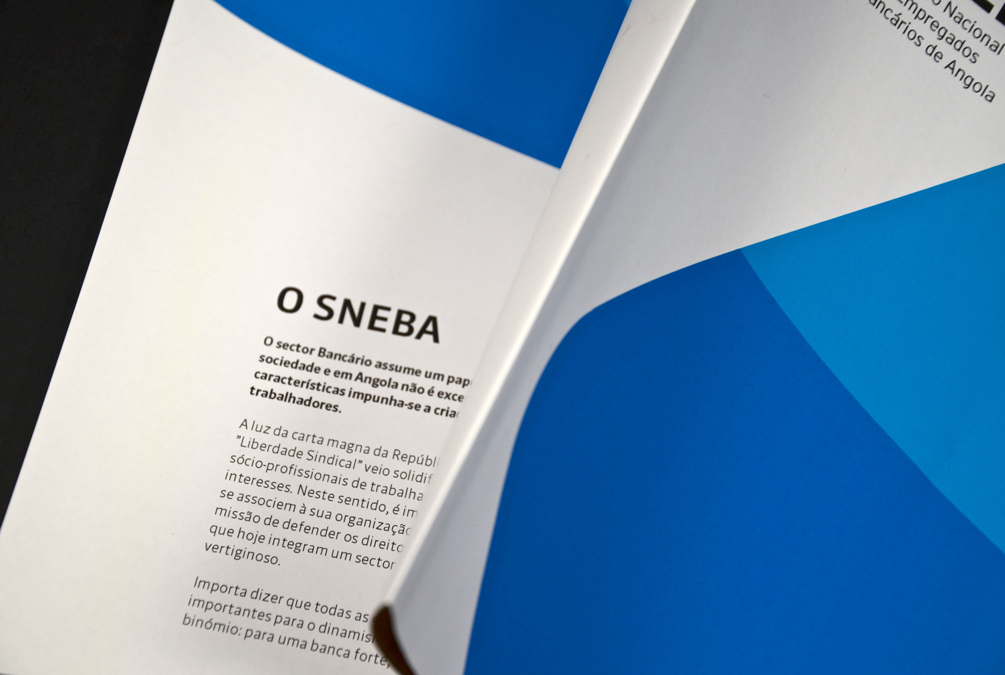 SNEBA, Angola’s Union of Bank Employees.
The organization counts on the strength of the union between its associated members:

The brand:
SNEBA’s brand image has a diamond as its basis. This precious stone is one of the many treasures of Angola, extremely solid, with its carbon atoms united in a way that in can only be cut with another diamond. The strength of those atoms union is used as a metaphor for the bank union. It symbolizes power, strength and value acquired by the associated members, defending their rights through SNEBA. 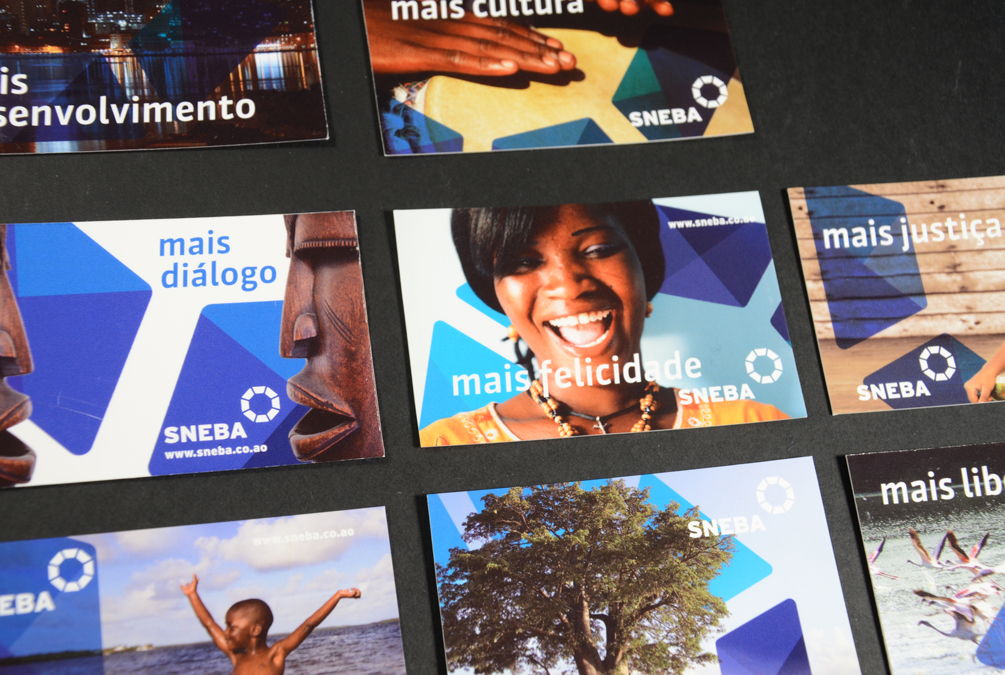